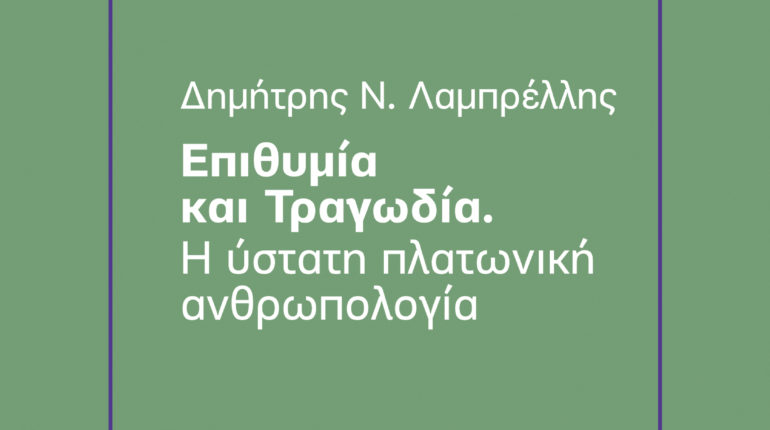 By the term Desire it is stated the entrance of platonic philosophical discourse in the consequence of the facts of appearance and replenishment of desire, as the final object of the primal concern of the last platonic anthropology, which is – basically – the defense of difference in the intro-subjective area; this entrance is nothing but the core of a new policy concerning the self that opens a very deep rupture from the previous platonic thought and from the up-to-Plato’s-time cultural facts.

By the term Tragedy, there is a reference to the critical consequences of the primal concern of the last platonic anthropology: there is a reference to the concern of defending the difference, i.e. of achieving the reconciliation that takes the form of an attempt to achieve an aesthetic representation of reconciliation in daily life; by this same term, there is a reference to the realization of the paradoxes and problems of philosophical discourse – intrinsically related to the concern of defending difference – and to the attempt of Plato’s thought to transcend them; all those elements constitute the category of tragic, of a tragic art rival to the poets conception of tragedy, a new conception of tragic that is the culmination of the last platonic anthropology.